The word “ranger” does not mean “one who fights from range”, but “one who watches over a range.”

Since the introduction of D&D 5e the Ranger has been one of, if not the, most underutilised classes out of the Big Twelve. There are several reasons for this – which many people have described far more clearly than I can – and understandably they are quite difficult to fix!

What does this mean for someone who wants to play a Ranger? What happens if the mechanics or class descriptions are close to your intended vision, but don’t exactly match up? You do one of two things. And I’m horrible at homebrew.

There are many interesting fixes to the system out there, especially to 5e’s exploration, that I won’t go into here. But it’s entirely possible your DM will choose not to use those. In the absence of that, my personal philosophy has always been: fill in the gaps with flavor.

Today’s article is going to go over the inspirations for the Ranger class and how we can use them to influence our own Ranger characters: their motivations, their histories, and their abilities. Tropes and stereotypes come in very useful here, because at its heart, a class is nothing more than a tribute to a certain fantasy archetype. Mechanically, it’s a set of statistics and abilities that are appropriate to and complement that archetype. But roleplaying to that archetype, or purposefully subverting it, is just as important, and to break the rules you need to know them first.

Now, there’s a reason for that introductory quote. The first two rangers that come to mind, or at least the earliest examples, are Aragorn and Legolas. And because the first piece of writing advice is to write what you know, I’ll be using them as my main studies.

“I am Aragorn son of Arathorn, and am called Elessar, the Elfstone, Dúnadan, the heir of Isildur Elendil’s son of Gondor. Here is the sword that was broken and is forged again!”

Let’s strip away the hidden king / Númenorean part of his character, because that’s not relevant here. What remains of Aragorn and, by extension, the Dúnedain, that we know of?

Their counterparts and cousins in the south, the Rangers of Ithilien, served much the same purpose, albeit in a more open and well-known capacity. They defended the gate to, and borders around, Minas Tirith, preventing orcs and the Haradrim from entering the area.

“Lonely men are we, Rangers of the wild, hunters – but hunters ever of the servants of the Enemy, for they are found in many places, not in Mordor only.”

On the other hand, there is Legolas.* He’s an Elven prince who lives deep within a forest so thick it’s almost impenetrable, especially to mundane beings. In fact, in the Hobbit, Mirkwood almost consumed Bilbo and the dwarves when they tried to pass through it.

* The number of times autocorrect changed his name to Legoland. I swear.

Yet Legolas is prince of this realm and hails from it. He wields his bow with deadly accuracy, and is perfectly comfortable in any environment. I often think of this line:

…the Elf had no boots, but wore only light shoes, as he always did, and his feet made little imprint in the snow. ‘Farewell!’ he said to Gandalf. `I go to find the Sun!’ Then swift as a runner over firm sand he shot away, and quickly overtaking the toiling men, with a wave of his hand he passed them…

I’m reminded also of the part where Aragorn and Legolas track Pippin and Merry all across Rohan, covering forty-five leagues in four days (34 miles a day on foot!). Their speed in this endeavour are regarded as nigh legendary by Éomer. Although the main focus here is on the magnitude of the feat, it shouldn’t be ignored that they managed to track the hobbits through that distance as well.*

So he’s a consummate archer, capable of thriving in places that should be hostile to most, and hails from a deep forest embodying nature in an eldritch and incomprehensible manner. Is this sounding familiar…?

Born to be Wild

In the last few years, people have tended to think of Rangers as nature-based warriors, explorers who can handle themselves well on the frontiers of civilization. Also, up to very recently, they were the only 5e class with a permanent combat pet. That’s a very popular concept with players, so Rangers became identified with that as well.

Of course, those concepts have been around since the very early days of Dungeons and Dragons. Although the writers alluded to drawing inspiration primarily from Aragorn, the class initially put out in Advanced Dungeons & Dungeons was quite the odd chimera. Warriors that were able to cast spells from the nature-themed druid spell list, and use the animal friendship spell to gain a pet, as well as select a broad class of favored enemies to receive extra damage. In 2e, these concepts were refined:

The trouble now, and at several points in the Ranger’s history, is this – as written mechanically, Rangers have never been very good at doing the things that we expected of them. That, or exploration plain sucks as a concept. Wizards of the Coast has tried to fix those problems, and we see this most clearly in the recent Unearthed Arcana: Class Feature Variants, a significant portion of which focused on the Ranger.

After people eventually decided against the Revised Ranger, we can see that here they’ve turned the Ranger away from its exploration features entirely and given it many more combat options. Is that a good or worthwhile fix? It’s not mine to say, but I am impressed by how smoothly they’ve streamlined some of these fixes. Take, for example, the replacement of the Favored Enemy with a set number of casts of Hunter’s Mark. It takes away the potential to hamstring the Ranger and replaces it with something that’s very in line with 5e’s versatile design philosophy.

Adapting it to Your Vision

The main point I want to make here with this little foray into the Ranger’s history and current situation is that the Ranger’s design and stereotypes are pretty arbitrary. Have always been. It’s unclear what the animal companion was inspired by, and that’s not even a necessity. It’s unclear why rangers get nature-based magic at all, and why they’re discount druids, except for historical reasons. And you could make a case for why rangers have favored enemies, but even that doesn’t hold much water.

If you ask me, though, this lack of consistency isn’t a bad thing. In fact, it’s a gift. As Ranger players, we now have the freedom to do whatever we want without departing overmuch from established tropes, or seeking to go against them. Unless you care very strongly about the stereotypes that have been developed over the decades by D&D itself – and that is valid – we can do anything we want with our Rangers’ characterizations  and motivations.

Let’s come back to what we know to be consistent. We know the ranger is:

The roleplaying section for the Ranger in Xanathar’s Guide to Everything says it well, and its existence that I’ve seen many people, including myself, overlook:

“A relationship with civilization informs every ranger’s personality and history.”

It then goes on to say that the character is strongly defined by their opinion of civilized peoples and the construct of society. Does the ranger sneer at the concepts of nations and countries, what with their constantly shifting borders, and focus solely on protecting the region as a whole? Or do they not even go that far – are they a hermit in the wilderness, caring only about themselves?

This kind of definition is a telling one. By cleaving to nature and the wild, it’s true that the Ranger does indeed set himself apart from civilization. But that offers numerous opportunities to flesh out the character: the how, and the why, of their departure from common society, are just two starting points from which a character’s entire backstory can flow. It gives them their motivation and goals, too.

Perhaps the character, Laragorn, grows up as part of a secretive group of wandering nomads, who strive to protect the great region of Heregion from the orcs, goblins, and other dark things that issue forth from the Foggy Mountains due east. Just don’t make him secret heir to the throne. The DM might give you a useless broken sword, but even worse: it’s boring if your characters are too special.

My final point is that many players start out choosing a Ranger in order to fit a certain character concept in their mind, then find that another class would fit much better to what they had intended. So here are some cases for when you should and should not choose a Ranger.

You should pick a Ranger if you want:

And depending on the subclass you choose, you can either Teleport Spam, pretend you’re a Druid turn into a tree, be Shino Aburame, or a fairy knight. If any of these are what you desire, go Ranger.

You should not pick a Ranger if you want:

Overall, the Ranger deserves more chances. Personally, I’ve long been put off playing one because of the less-than-stellar mechanics, but with all the changes being suggested in Unearthed Arcana, I have genuinely become excited about my next Ranger. I hope that all the thoughts I’ve shared above have given you a reason to be excited, narratively, about playing your next Ranger, too.

Hope you’re liking the Ranger Week thus far. If so, get wind of the next article through our social media, or browse our forums! There’s quite a few more lined up over the next few days. 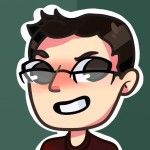 I love leaning into clichés and I love big dramatic characters and I love having the solution to every problem. That’s me as a player. And I love writing about those three things.