Well, these adventurers came to me and said, “Oh Orik, could you please turn these blueprints into weapons in order for us to celebrate Witcher week” I had only one question…what’s a Witcher?

This steel weapon excels at cutting down men and beasts alike, always finding a weak point in armor and easily slices through flesh like butter. Insignia on the sword reads “Steel for humans”.

When you roll a 20 on your attack roll with this weapon, the target takes an extra 7 damage of the weapon’s type.

This silvered magical weapon is capable of wounding nearly any magical monster that would normally be unharmed by mortal weapons. Be it rotten flesh or floating specter, this weapon will strike true. Insignia on the sword reads “Silver for monsters”.

Creatures normally affected by silver are considered vulnerable to silver when damaged by this weapon.

This weapon has 3 charges: on a hit a charge can be expended to deal 1d6 damage (your choice of cold, fire, or poison). Charges replenish at dawn.

Hello all, I did some research and learned what a Witcher was and who this Geralt fellow is. Now I don’t know too much in the way of people but what I do know is weapons and items. In my research I saw that this fellow Geralt, carries two swords on his back (at least in accordance with the video game).

From what I noticed it seemed that many versions of the steel weapon in the game had high critical hit chances and excelled at dismembering opponents, the best way to capture that is in critical hit chance increases as well as extra damage on critical hits. So you can use it to slice opponents body parts off in a flurry of steel and death.

The silver weapon is definitely the more notorious one, the one used to defeat magical monsters. This weapon is meant to excel at killing monsters and damaging creatures that normally aren’t easily damaged. In the world of Witcher silver is much more effective against magical monsters, and therefore I gave it that extra punch against creatures that are normally just wounded by silver since in D&D magical weapons trump all other forms of weaponry. And lastly many of the blades in the Witcher game seem to have a random chance to cause some kind of damaging status revolving around the three damage types.

I, Orik Flamebeard, prefer to temper magic items into more realistic versions. These weapons can easily be portrayed as just +2 or +3 magical weapons, but where is the fun in just doing that? I try my best at capturing the spirits of these weapons so that they are properly represented in our worlds. That being said, these weapons probably would fit better in a low level magic item world or in a Witcher themed one because as I said, Magical or +1,2,3 weapons trump all others in D&D. Tinker with them however you see hit to make them more to your liking. Good luck and enjoy.

As always thank you for reading our articles, and make sure to check out our social media and make sure to follow us there so we can let you know whenever we post new articles. We have new content every day of the week! 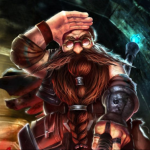