Every Dungeons and Dragons player knows that no matter how many scholarly articles on probability and chances there might be, some dice are just cursed to never roll above a two.

Recently there has been a video circulating the interwebs about, well..why don’t we just show you:

If you’ve ever felt like this during one of your sessions, well, you’re not alone. Hundreds dice prisons meant to punish naughty dice get sold every week by the sheer force of this phenomenon. There are spreadsheets out there that you can find and input results into to figure out if your dice are screwing you over.

While I’ve also been on the receiving end of Tymora’s bad graces, I don’t think anything compares to player of mine who very consistently (and I do mean very consistently) rolls bellow a 10. So much so in fact, that he’s taken to only choosing spells with saves rather than attack rolls as he says that at least this way it’s out of his hands.

Another one of my players is also extremely paranoid about his rolls and often claims to only roll well whenever he proclaims to roll badly before said roll. Of course this was only funny for a session or two and then we all asked him to stop before there could be any more scientific research done on the matter.

But is there any science behind cursed dice? I tried my best (and by my best I mean one internet search for roughly five minutes) to research how exactly dice are made in order to have a better understanding and my research led me to this:

…which in retrospective doesn’t quite give us an answer but I suppose it’s kind of cool to know.

I’m still not quite sure if dice are cursed, or it’s all in our heads, or if we’ve got polyhedrons that resemble breakfast more than dice so I’ll leave it up to you, dearest reader, to perform a couple of human sacrifices and let us know how that went in the comments instead.

And if all else fails there’s this really silly post about microwaving your dice until they finally start giving you those coveted natural twenties. We suppose a fried microwave is a small price to pay for them...as long as they’re not in initiative. 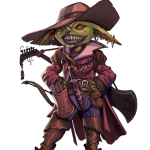